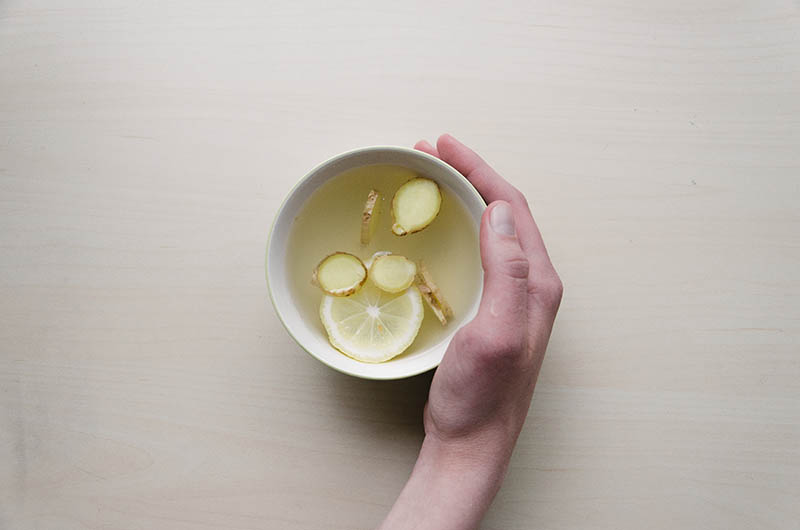 If you’ve ever felt a knot of stress creeping into your stomach, you’ll know that your gut is more than just a food-digestion factory.

Here are 8 reasons – and ways – to practice tummy love…

1. It’s home to your second brain

The term ‘second brain’ was coined by Dr Michael D Gershon in reference to the enteric nervous system, an elaborate system of over 100 million neurons that control what happens in your gut without getting the ‘first brain’ involved. ‘The brain in the head doesn’t need to get its hands dirty with the messy business of digestion, which is dedicated to the brain in the gut,’ says Dr Gershon. But the second brain doesn’t just use these neurons to get on with the task of breaking down food in order for it to be absorbed by your body – Dr Gershon writes that much of the interaction between the two brains is initiated in the gut, traveling from there upwards, instead of the other way around, as previously thought. So, if your gut is ‘out of balance’, you’re going to feel it in your mood: you might not sleep as well, or you’ll feel uneasy (hence the saying, ‘a gut feeling’). ‘When the bowel is miserable, the brain weeps’, says Dr Gershon.

While your second brain isn’t the seat of any great thought processes (those are left to the first brain), its role in your sense of well-being can’t be underestimated. This is seen most clearly in feelings of anxiety and nervousness. You’ve experienced that ‘butterflies in the tummy’ feeling, right? Perhaps in the minutes before a work presentation or while waiting for your child’s grand entrance in her first school play. This is your brain sending stress alerts to your guy, and your gut returning the signal that it’s feeling that stress, The nerves in your gut also have some control over your emotions: an article in the Proceedings of the National Academy of Sciences (PNAS) reported that there is compelling evidence to show that the presence of good bacteria in the gut (including the bacteria found in yogurt) can have a positive impact on reducing feelings of anxiety and depression.

Still on the topic of your digestive system as a ‘second brain’ is its role in the production of serotonin – more commonly known as your natural ‘feel-good’ hormone. Because of this link, it’s commonly thought of as a ‘head hormone’ – but the reality is that over 95% of the body’s serotonin is actually found in the gastrointestinal tract, where it regulates intestinal contractions. Serotonin is manufactured from the amino acid tryptophan, which is found in beans, bananas, almonds, oily fish, cheeses, chicken, eggs and yoghurt – making these vital additions to your diet.
For some people, though, too much serotonin floating around in the gut results in the uncomfortable diarrhea-constipation cycle characteristic of irritable bowel syndrome (IBS), another gut disorder with a strong stress association. In fact, for many years doctors and scientists assumed that this was a psychosomatic problem, but as more research is done into the gut/brain link, this dismissal is being shown to be unwarranted.

4. It protects your immune system

Considering that the digestive system is home to over 60% of your body’s immune system, its wellbeing is vital to your overall health. SO much so that poor digestion has a similar effect on our immune system as the effect of poor nutrition. This 60% is primarily located in the colon, where defensive cells reside in the loose connective tissue of the colon’s walls. If these walls become damaged, they no longer provide a barrier to toxins, and these toxins could then be absorbed into your bloodstream instead of being eliminated. But don’t read ‘toxins’ and think you need to get rid of them through colonic cleanses or laxative use – by doing this you’ll be wiping out your good bacteria along with the bad, only exacerbating the problem. For the same reason it’s best to avoid overusing antibiotics, which have a similar effect. And, if you have no option but to go on a course of antibiotics, make sure you take a probiotic while you’re on them.

“Candida is the technical term given to a naturally occurring yeast that resides within the mucous membranes of the gastrointestinal tract.”
‘If “fed”, Candida can run rampant through the body inducing all sorts of problems such as bloatedness, IBS, acne, infections, brain fog as well as a feeling of exhaustion and depression.’ While Candida is a welcome part of our gut flora, an overgrowth – or systematic candidiasis – is a problem. Two common symptoms which might suggest that you have this over growth are thrush and chronic bloating. If you are experiencing this try cutting added sugars, fruit, alcohol, yeast-containing food, and foods with mould growth (mushrooms, ripened cheeses) from your diet and see if you feel a difference. If not, visit a doctor.

6. A diet full of digestive enzymes

Digestive enzymes are serious little workers – they’re responsible for the breakdown of food and the absorption of nutrients, and are obtained either through the food we eat or via pancreatic juice secreted from the pancreas into the small intestine. But your body might lack the enzymes required to break down specific food, leaving these foods to pass through the stomach undigested, and resulting in bloating and pain. Two common culprits are lactose and gluten – if you feel discomfort after eating either of these, you could be lacking the enzymes that work on these specific foods. There is debate over whether we need to supplement with digestive enzymes – some say that as long as we’re eating a healthy, plant-rich diet we’re getting enough through food., while others maintain that even these foods no longer have the same impact that the previously did.

To keep things, ahem, moving, you need to keep yourself moving – for at least 30 minutes a day. Just this amount of aerobic exercise increases blood flow around the entire body and specifically to your organs, and thins increased blood in the gastro-intestinal contractions and better gut health. If you’ve always wanted to give yoga a try, improved digestion is another reason to go for it: specific poses work on releasing trapped gas and other digestion troubles.

As important as our stomach is to our overall sense of wellbeing, when it comes to getting ready for Christmas party our foremost interaction with it is: does it stick out in the dress?! Even the most innocent meals can take your belly from washboard-flat to beach-ball round as soon as you’ve eaten them. For a last-minute solution, stick to small meals more often on the day of your big event so that you don’t bombard your digestive system and ruin your silhouette. For longer-term fix – one which will carry you through to next year’s party season – consider limiting your intake of high GI carbs. Research suggests that these carbs (white breads, sugary treats and potatoes) cause as faster release of insulin, which in turn increases fat storage around your waist.