Is every meal a battle? 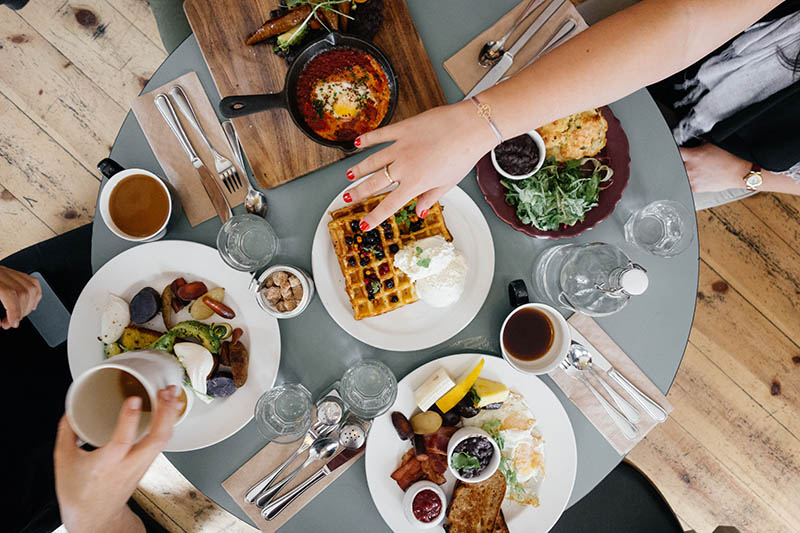 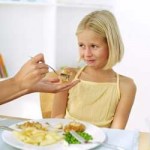 “No, I won’t eat that!” Sound familiar? When every mealtime seems like a battle, it’s easy to just give up and let your child eat whatever he or she wants. So, I’ve come up with pointers to help you deal with your child’s eating tantrums and especially those who tend to be picky eaters.

A growing child needs optimum nutrients and a diet loaded with good stuff.  It is an imperative time in terms of physical growth as well as neurological and cognitive development. Food behaviour patterns that begin in childhood last a lifetime, so it is really important that they get in as much “nutrition” as possible.

Meal times can however be incredibly frustrating and stressful. It is normal for kids between the ages of two and four to be difficult and picky eaters. Here are some reasons why:

Tips on how to handle it all

Go for colour and get creative:

Use creative cooking and presentation techniques to introduce new food.

Try to incorporate games during mealtimes such as dipping carrot sticks in hummus. Having a theme for every meal (by shape or colour, breakfast in bed, barbecue lunch, Hawaiian fruit feast, etc.) can also entice kids to eat. Better yet, encourage your child to participate in healthy meal planning and preparation. Kids are more likely to sow the fruit of their hard work. Take them grocery shopping, let them mix ingredients, or “design” their food in a smiling face on their plate. Educate them on what certain foods are good for. Choose different colours and varieties of fresh produce. 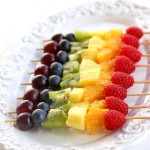 Using colour when it comes to food presentation is one trick to lure your child to the dining table, but remember, no matter how finicky they are, you still make the final decision.

Ann Douglas, in her book The Mother of All Parenting Books, agrees: your child simply gets to decide whether or not he or she eats what is served them.

Keep an abundance of fresh veggies and fruit. Cook simply.

Foods that taste good and are visually appealing are not hard to come by.  Children love colours! Keep different veggies and fruits already cut up for snacks or to add to meals. When you prepare meals, make sure you are cooking as healthily as possible – steam, bake, and grill when you can, try to avoid frying. Get them involved, let them watch you cook instead of playing a video game, unless they are outside playing and running around. It’s great to get them involved.

Keep offering new food and don’t give up

Children tend to stick to what they know, they find a food they like and that’s the favorite for a while. That’s okay as long as it’s a healthy choice. Be sure to constantly offer new foods, but don’t give up if some are rejected. Keep at it. Studies have shown that a new food needs to be offered up to 10 times before a child will try it.

Kids are always on the go with so much to see and explore, so they often don’t like to be told to sit down to a meal. In their minds, they should be playing or finishing off what they were doing before being interrupted to eat. Instead of forcing your child to sit down and eat, take advantage of his or her on-the-go lifestyle. Offer small portions of healthy snacks like apple wedges with sugar free peanut butter, carrot sticks, bananas, pieces of avocado, small slices of hard-boiled eggs, and put them on a table at their level. As they wander the house, it’s likely he or she will stop and snack once in a while.

Expose your child to new and healthy food by choosing one every month and offering it to them. One bite might seem like a small step, but it’s a big one for a child who isn’t used to new tastes. If you taste it with them and say: “wow, this tastes good,” they will respond and be more open trying it out.

Make it fun and appealing

Make dips, toppings and spreads a regular part of their mealtime routine. Teach them how to spread peanut butter or cream cheese onto apple or small pieces of rye bread or celery. When children feel independent they are likely to eat their own creation.

Start off small; serve food on smaller plates and cups

If you place heaped portions on your child’s dinner plate, they’re likely to become overwhelmed. Instead, start with small amounts, only adding more when asked. Encourage them to eat more by asking them how many bites they are able to take. You can also explain how good the food is for them in a way they can relate too, even bringing in their favourite cartoon character as motivation.

If your child is addicted to sweets and fast food, it’s important to wean them off these by gradually introducing new flavours or perhaps even sweet fruits like dates instead. Don’t force them to eat, their habits often change when they feel you trust and accept their choices.

If your child loves nuggets, burgers, sausages and crisps, simply tweak these foods by preparing them at home using healthier ingredients and different cooking methods and techniques. So, grill the burger instead of frying, make your own burger patty from lean beef, use sweet potatoes for chips, make your own fish cakes or your own pizzas and get them involved too. The options are endless. Children love to learn new things and by giving them first-hand knowledge on healthy food choices you are setting them up for life!

Ditch the sugar and chemicals!

When a child starts solid food at six months, pediatricians usually advise parents to try one kind of food at a time to determine what food he or she may be allergic to. Sugar rich foods are also no-nos for babies. “Added sugar in drinks, sweets and chocolates can cause mood swings, hyperactivity and reduced concentration. Avoid chemical additives and stimulants as they can cause sleeplessness, hyperactivity and fatigue. Examples of these are carbonated drinks, tea and coffee. Cakes, pastries, popcorn and French Fries are examples of foods that are still difficult for a baby’s digestive system to absorb.

In closing, I believe it is important not to express anger over your child not eating or being a difficult eater. Children are so sensitive and don’t fully understand everything we do. Be gentle with them and work with them creatively in the ways explained in this article.

Always set a good example. If you are going to sit at the table and moan about how much you dislike broccoli or some other food you are not keen on, so will your child!
Remember that children love routine, it’s their security. Serve meals at regular times and don’t be afraid to offer the same meal several times a week if they like it.

They might like only half a dozen types of food and be happy to eat only those and nothing else forever, that’s okay. The main thing is they are eating and as they grow older they will add other foods to their likes and dislikes. Don’t despair if they only eat a little, they’re better off having small meals with snacks in between than eating three big meals.