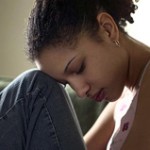 Our diets and environment have changed radically in the last 100 years. When you consider that the body and brain are entirely made from molecules derived from food, air and water and that what we eat and drink fundamentally affects our brains and body chemistry.
The evidence is there if you look for it. You can change how you think and feel by changing what you put into your mouth.

However, whether young or old, the question is why and what can be done?

It is an essential component to look at, whether you treating depression biochemically or through counselling, what you eat could make the world of difference.

Why would nutrition have anything to do with depression?

Firstly, we have seen a significant decline in fruit and vegetable intake (rich in folic acid), in fish intake (rich in essential fats) and an increase in sugar consumption. Each of these nutrients are strongly linked to depression and could, theoretically, contribute to increasing rates of depression.

Secondly, if depression is a biochemical imbalance it makes sense to explore how the brain normalises its own biochemistry, using nutrients as the precursors for key neurotransmitters such as serotonin.

Thirdly, if 21st century living is extra-stressful, it would be logical to assume that increasing psychological demands would also increase nutritional requirements since the brain is structurally and functionally completely dependent on nutrients.

First and foremost, nutrient intake per se affects the production of neurotransmitters with the effects being both direct and indirect.
In a very direct way, specific amino acids are the precursors for specific neurotransmitters in the brain.  Tryptophan is a precursor for serotonin in the brain and the amino acid tyrosine (as well as phenylalanine which converts into tyrosine in the body) is the precursor for dopamine (and subsequently adrenaline/noradrenaline).
So, what evidence is there to support sub-optimal nutrition as a potential contributor to depression? These are the common imbalances connected to nutrition that are known to worsen your mood and motivation:

Since the brain depends on an even supply of glucose it is no surprise to find that sugar has been implicated in aggressive behaviour, anxiety,  hyperactivity and attention deficit,  depression,  eating disorders,  fatigue,  and learning difficulties.

The second reason excessive consumption of refined sugar is undesirable is that it uses up the body’s vitamins and minerals and provides next to none. Every teaspoon of sugar uses up B vitamins for its catabolism, thereby increasing demand. B vitamins, are vital for maintaining mood.

Most trials in which people lose weight report improvements in mood. If you look better you’ll probably feel better about yourself. But, in this trial (Arch Intern Med. 2009;169[20]:1873-1880) the positive benefit of losing weight didn’t produce the same long-term improvement in mood for those eating a low carb, high protein diet compared to a low fat, high carbohydrate diet.

This essential finding was also reported in trials giving people a high protein breakfast versus a high carbohydrate breakfast. Logically, one might think that high protein means more amino acids, and more amino acids such as tryptophan would mean more serotonin. But the reverse is true. Brain levels of serotonin, and mood, go up after eating carbohydrate not protein, even when there’s no tryptophan in the food [R. Wurtman and J. Wurtman, ‘Carbohydrates and depression’, Scientific American, Vol 260(1), 1989, pp. 68–75] While this seems counter-intuitive there’s a simple reason for it.

There is an interaction with the carbohydrate intake of the diet.  Diets very high in carbohydrates and low in protein are known to raise plasma tryptophan and serotonin levels (which is probably why such diets make some people sleepy and dopey).

However this may explain why some people who are prone to depression tend to crave low-protein/high-carbohydrate foods at certain times (stress, seasonal affective disorder), they are trying to self-medicate themselves and improve serotonin levels.

Tryptophan, the protein constituent from which we make mood-boosting serotonin, is carried from the blood into the brain by insulin, and insulin is only released if you eat carbohydrate.

Both dieting in general and low carbohydrate/higher protein diets in specific can cause issues with depression in susceptible people.
The key here is to eat the right nutrient rich carbohydrates, we keep hearing it all over the show, Low Gl, non processed, closest to nature wholesome carbs, fruit and veggies!
What to supplement:

Feel Good FATS
Omega-3 fats have a direct influence on serotonin status, probably by enhancing production and reception. According to Dr J. R. Hibbeln, who discovered that fish eaters are less prone to depression, ‘It’s like building more serotonin factories, instead of just increasing the efficiency of the serotonin you have.’

Omega 3 fats are effective for severe depression too. A recent trial published in the American Journal of Psychiatry tested the effects of giving 20 people suffering from depression, who were already on anti-depressants but still depressed, a highly concentrated form of omega-3 fat called ethyl-EPA, versus a placebo. By the third week, the depressed patients were showing major improvement in their mood, while those on placebo were not.

B VITAMINS, AND DEPRESSION – B vitamins act as co-factors in key enzymes that control both the production and balance of neurotransmitters. This enzyme process is highly dependent on folate, as well as B12, B6. Folate deficiency is extremely common among depressed patients..

Tryptophan
While supplementing tryptophan itself has proven a somewhat effective anti-depressant, even more effective is a derivative of tryptophan that is one step closer to serotonin. This is called 5-hydroxytryptophan, or 5-HTP for short.   In total, there have been 29 studies on 5-HTP showing it to be highly effective for depression.  Given that 5-HTP is less expensive and has significantly fewer side-effects, it is surprising that doctors and psychiatrists virtually never prescribe it.

Good Mood Food!
Here are a few tips to keep your moods in check !

In addition to simple lifestyle changes such as encouraging exercise and outdoor activity to maximise light, reducing stress and recommending counselling, the following diet and supplement advice may help:

DIET – four things you can do now to feel good!

The most important thing is to keep your blood sugar levels balanced throughout the day, and to eat a diet rich in Omega 3 and tryptophn, which help you make and use serotonin in the brain.

It’s always best to choose foods that contain tryptophan, a constituent of protein from which the body makes serotonin.